Rare home shirt worn by Ajax in 1989-91, manufactured by Umbro and sponsored by TDK. Worn by the likes of Bergkmap, Roy, DeBoer and Blind. The football shirt design features a broad vertical red stripe on a white shirt, a combination seen on Ajax kits since the early 1900’s and still worn today. The iconic design makes Ajax’s kits easily recognisable and is a symbol of football culture in Amsterdam. 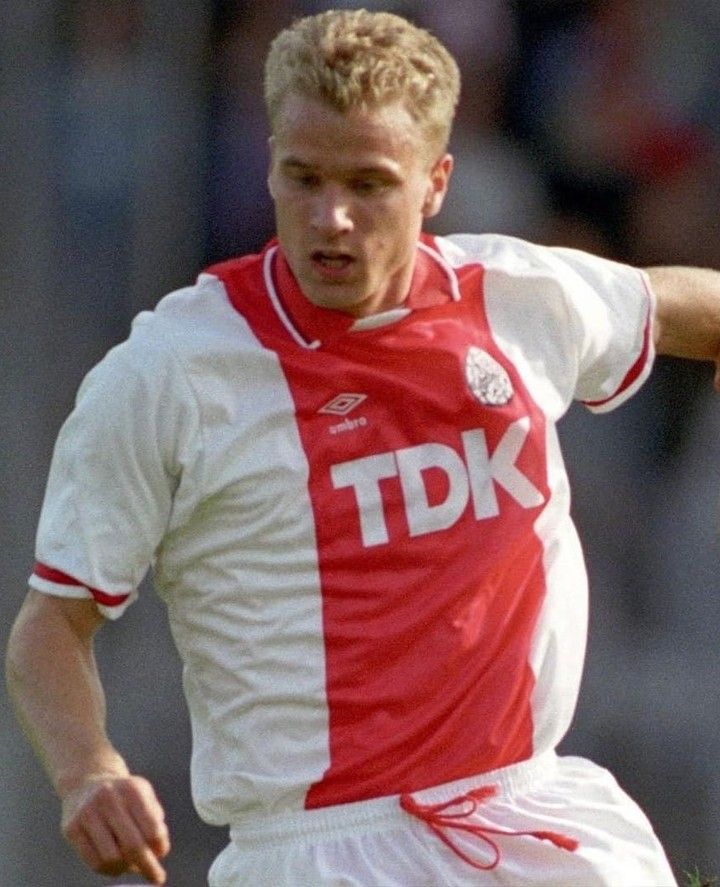 This home football shirt was worn by Ajax when they won the Eridivisie title in the 1989/90 season, with the help of Bergkamp – who was the division’s top goal scorer for three consecutive seasons from 1990-93. During the 70s and 80s, Ajax were a European powerhouse – winning multiple European trophies. However, due to the behaviour of their fans during a game the previous season, Ajax did not qualify for the 1990/91 European Cup due to a suspension. See the iconic football shirt in action on October 29th 1989 when Ajax defeated HFC Haarlem 4-0. 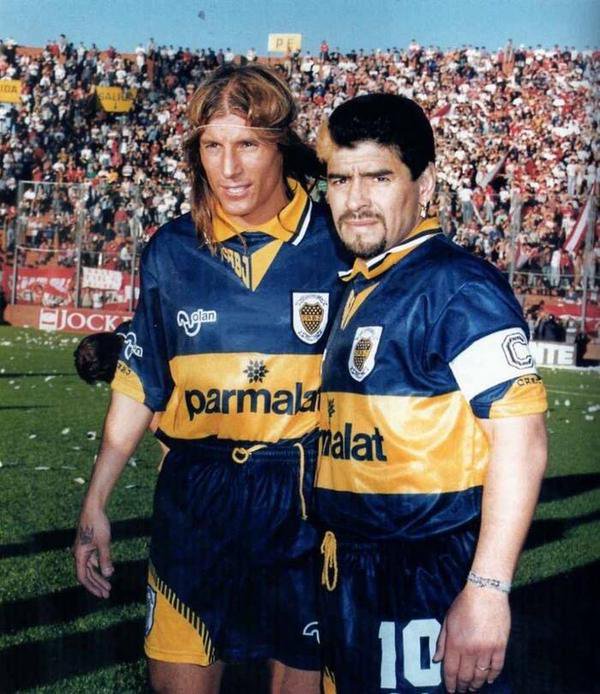 The 1995/96 new home shirt was released 6 games into the Apertura campaign, with a special 90th anniversary detail on the crest. The football shirt was initially sponsored by Parmalat but Quilmes became the sponsor for the ‘96 Clausura. However, Olan brought back the ’93 home shirt design for the pre-season friendlies before this – confusing? We know. Olan were sent into administration with only one game of the Clausura season left, so Topper briefly took over and became the new shirt producers for Boca Juniors.

Amidst all the chaos surrounding their kit, Boca finished 4th in the Torneo Apertura and 5th in the Torneo Clausura, where Maradona unusually missed 5 penalties. See Boca Juniors take on rivals River Plate back in 1995, in what is known as the Superclásico.

1998/99 marks the most successful season in the history of Manchester United. The kit for this season was manufactured by Umbro and sponsored by Sharp. The football shirt features the iconic zip collar worn during the memorable comeback against Liverpool in the FA Cup 4th round. The shirt was worn by Manchester United legends such as Keane, Scholes, Beckham, and Giggs.

In the 1998/99 season, Manchester United became the first English football side to win the treble - after not winning any titles the previous season. The team lost only 5 times during the campaign. Their successful season also lead to Manchester United becoming the world’s richest football club and the most valuable sporting brand in the world. Their Manager, Sir Alex Ferguson, was also awarded a knighthood for his achievements and handed the ‘Freedom of the City’ of Glasgow. Watch the kit in action in this video celebrating their successful 1998/99 season.